Norazo had a Star Date with DJ SeeAn in the SoundK Studio. Norazo (노라조) is a Pop/Dance male duo that debuted in 2005, and they are currently under Winning Insight Entertainment.

About the music::
Their brand new song 야생마 is very much influence by trot and electronic sounds. The song has a unique concept of wild horses. They have a documentary version of the song where they show how they became wild horses. When they performance this song they go on stage like free spirited wild horses. This concept according to Norazo is a return to their more happy and crazy times.

Tidbits::
– They are known for their eccentric appearance and surprising lyrics
– For the past year have been studying music & preparing to release bright new music.
– Lee Hyuk has been thinking of a son looks like him, but he finds it hard to approach women.
– They rarely see each other when they don’t have schedules together. They say no news is good news.
– Jobin is starting to see the effects of aging on his face
– They have a small shop they have opened together
– Singing ballads feels strange to them especially after performing a wild song. 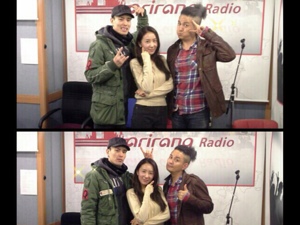 Q & A::
Q: How did you get together as a group?
A: They were part of different groups, and and would say hi in passing. Jobin kept thinking to himself that he would like a guy like Lee Hyuk in his group. Eventually Jobin approached Lee Hyuk and Lee Hyuk accepted his offer.