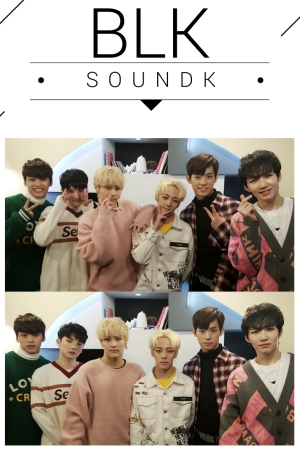 BLK was in the SoundK studio for You Who Came from the Star with DJ Kevin. BLK (비엘케이) debuted in 2017 under ByKing Entertainment. 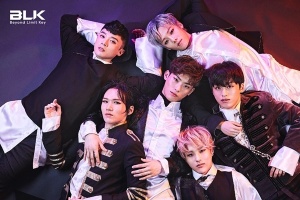 Tidbits::
– BLK stands for Beyond Limit Key.
– For Taebin there wasn’t one moment where he decided he wanted to do music. He always listened to music and it naturally led him to be in the music industry.
– D.A is the performance member.
– Taebin gave himself a wallet for his birthday.
– They are still in disbelief that they have debuted.
– I and Inno are the aegyo members.
– Inno and Ilkyung are the hardest to wake up in the morning.
– D.A was nicknamed blackberry in elementary school because he was tall and well built.
– Would like to be on Ilkyung wants to be on a talk show as the host.
– Taebin wants to do a podcast at night to sooth the fans to sleep with his sweet voice.
– Inno hates taking off his makeup, and really admires people who can take of makeup well.
– I has a younger sister.
– D.A solo dance during Hero was choreographed by himself.
– Taebin has trained for the longest, and at one time he was a trainee with KARD. 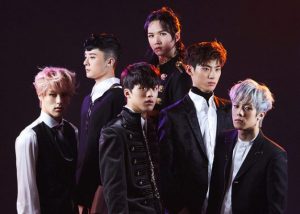 Q & A::
Q: What is the 7 part story?
A: There is a main character for each album. In the future, as they release albums there will be one member that represents that album as the main character. All 7 of the current and future albums will tell the story that is BLK.

Q: What can you tell us about Hero?
A: Hero’s choreography is heavily focused on martial arts. They practiced a lot because each move is dangerous if done incorrectly. The point dance is a big movement that looks like Superman.