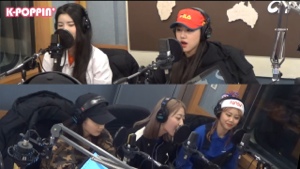 Girlkind was in the Kpoppin’ studio for Be My Super Rookie with DJ Isak. Girlkind (걸카인드) debuted in 2017 under Next Level Entertainment. 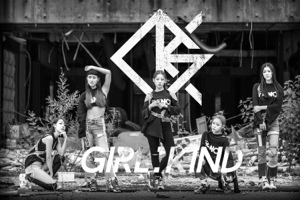 Tidbits::
– Medic Jin has always loved music, and went to an arts high school.
– JK is a perfectionist, and likes things to be clean and neat. She is very aware of this side of herself.
– Their debut concept is Girl Crush.
– Ellyn says Sun J is not a hard sleeper, but it’s hard to wake her up.
– They practiced hard to be able to show what they could do with their song in a short amount of time. They say if asked to do a random play song they could and still be in sync.
– Sun J was voted the best at comedic, having fun, groovy dancing. She turns twerking into a whole body dance that the members find cute.
– According to members, Xeheun takes the best selfies. She loves the camera and taking pictures. Right now they don’t have cellphones, but when they did it was nice to see the pictures she took of herself.
– Ellyn is like the monitor of the group, she checks out the fan cams, and video comments, and cover dance videos.
– Xeheun and Sun J don’t like seafood.
– BTS (방탄소년단) is their role model, because of their performances and choreography. 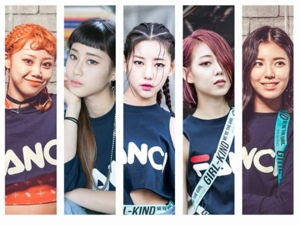 Q & A::
Q: How did you get your start in music?
A: Sun J had a school dance group and was given an opportunity to open for The Dream Concert. When she saw the audience reaction she thought maybe she belonged on stage.

Q: What are your plans it the year?
A: Their second album is coming out soon. Since they have been getting a lot of love from international fans, they are looking into ways to meet with fans to say thank you and show their appreciation.