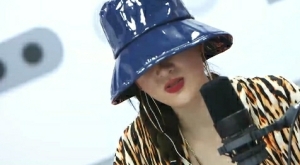 Saay is as in the SoundK studio for You Who Came From the Stars with DJ Ashley. Saay (쎄이) debuted in 2017 under Universal Music.

Tidbits::
– She had the choreography ZGZG (지기지기) in her head as she was doing the on record.
– When she draws the image she wants to portray in her head before she starts working on writing a song.
– She’s really into 80s & 90s hip-hop influencers such as Wu Tang Clan.
– Nothing in particular is an inspiration. Any moment in life can be inspiration as long as she catches it.
– It took 2 weeks for Saay and her choreographer to come up with the choreography for ZGZG.
– She featured in Ravi’s song Layered. If she could collaborate with him again she’d like to sing about Youth. 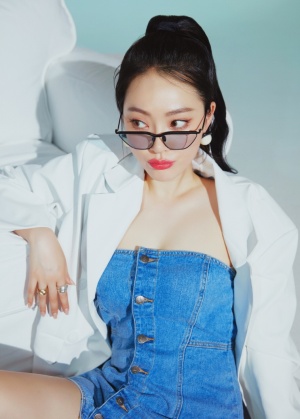 Q & A::
Q: Why’d you change the name from Black and Blue to Vlack and Vlue?
A: She changed B to V for Vlack and Vlue, because ‘black and blue’ is too common.

Q: How did you come to know Henry?
A: When she was 20 a friend of her introduced her to Henry. Saay helped produce Henry’s second album, and she says he is the same in person as he is on TV. Each experience with Henry is an episode.